For the past few months, Artsy’s mobile team has been working on Eidolon, a bidding kiosk for Artsy’s auctions platform. While we’ve written a retrospective on the process of making Eidolon from the software side of things, we didn’t really touch on how our software is being used.

Eidolon is different. We develop the software and package it using enterprise distribution and use Hockey to download it to our own iPads. These iPads are managed by the Artsy auctions team at events; they are housed in these nifty little stands which hold the iPad in place and also allow room for the credit card readers. 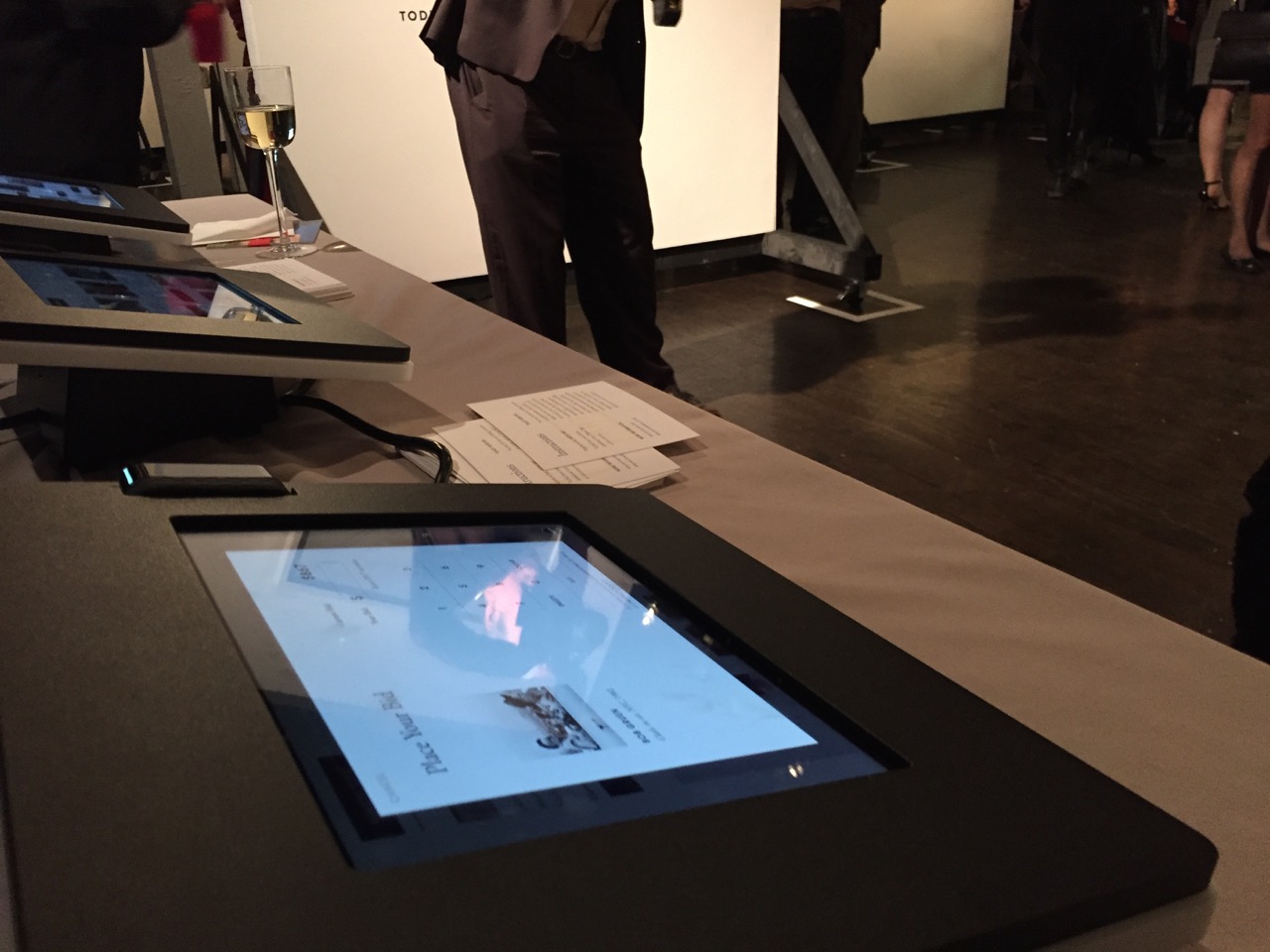 At our first auction, everything went great – no major glitches or crashes. Awesome!

A few weeks later, on the morning of our second auction, things were no so great. We were having issues with our credit card processor, CardFlight and spent a lot of time on the phone with them sorting out the problem. As a precaution, Orta pulled of an extraordinary feat of engineering to produce a manual card entry interface in a matter of hours. The card processing was working, but it would’ve been better to be safe than sorry.

That evening, the auctions team was preparing, and they discovered a problem: some of the Kiosks were experiencing a new problem processing cards. That was strange because earlier that day, the first issue was affecting all kiosks. Because we had had problems earlier that day with CardFlight, we assumed that this new problem was also on their end. We didn’t have time to debug the problem, but the event itself went fine because we had that manual entry interface. However, we definitely needed to find the cause of the problem later.

Orta tried over the next several days to diagnose the issue, but he couldn’t reproduce it at all. Different code, different build settings, different distribution methods – nothing could reproduce the problem. 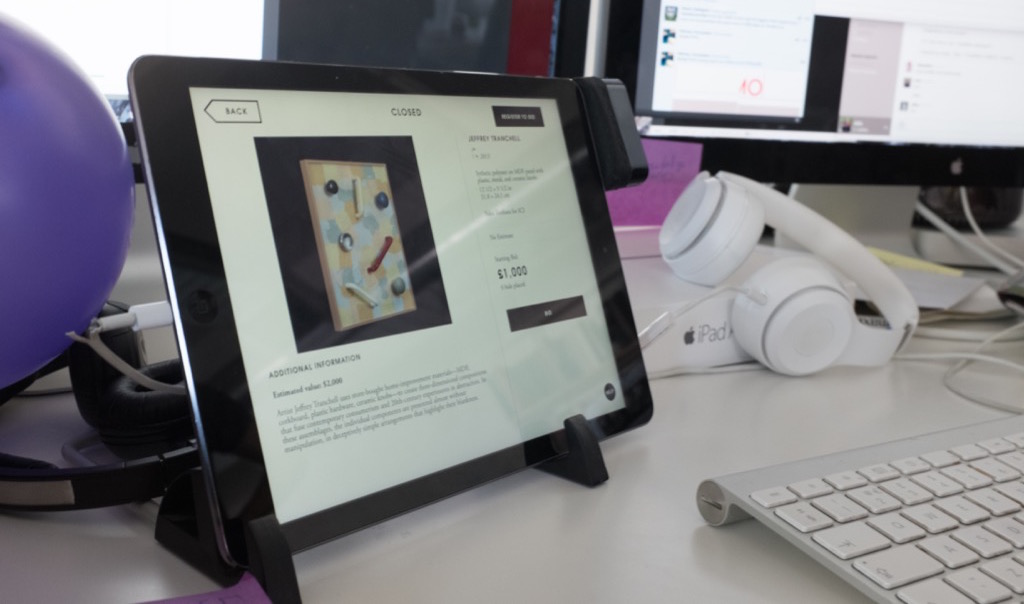 Eventually, we decided that the issue must have resolved itself somehow and hopefully wouldn’t pop up again. We simply didn’t have time to keep trying to reproduce a phantom bug.

Fast forward to last night at the third auction facilitated with Eidolon. We get there, and some of the kiosks are exhibiting the same behaviour, even though our tests earlier in the day didn’t show the problem. We tried over and over again: disassembling a problematic kiosk, discovering it worked outside the housing, then reassembling it to see it no longer working. What could the problem be?

Well, let’s take a look at the kiosks we used last night. 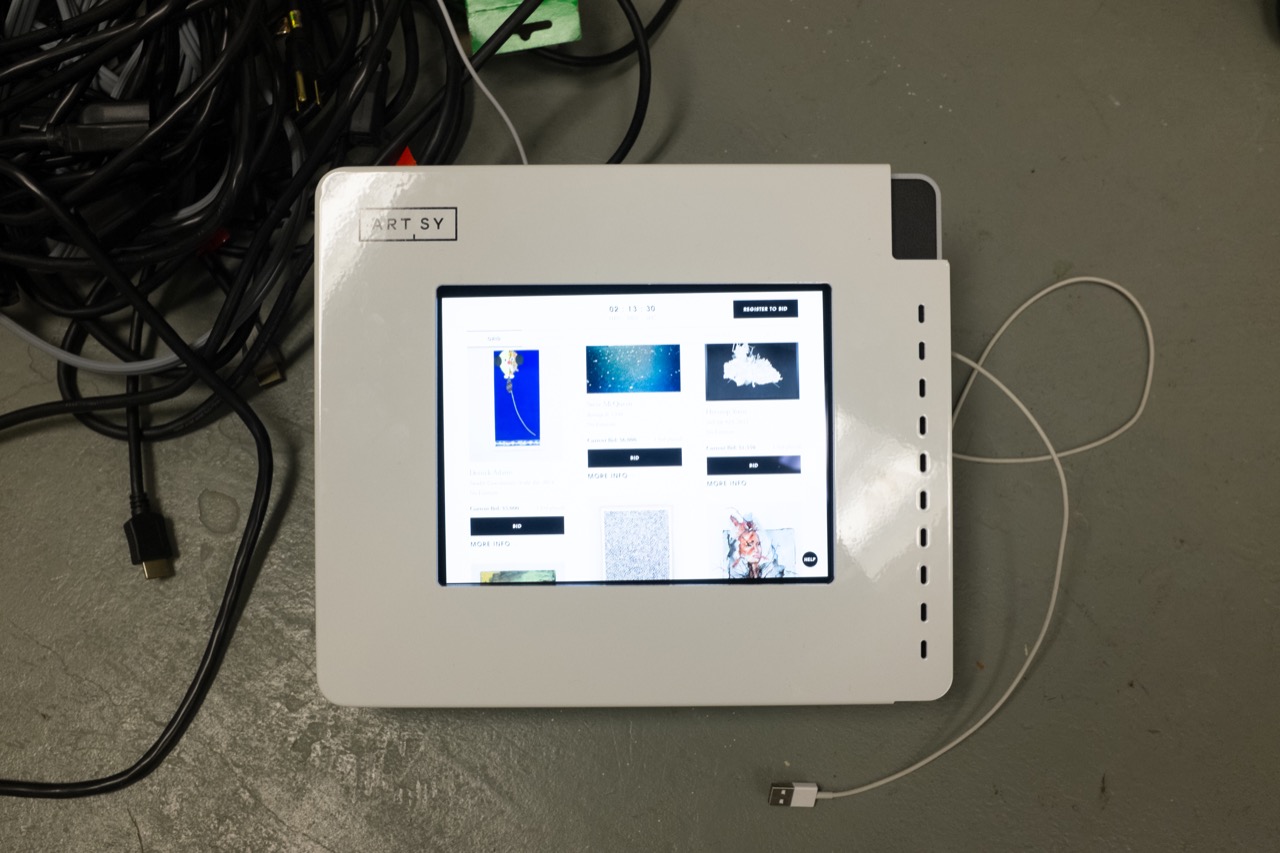 Notice anything different from our first auction kiosk?

In between the first and second auctions, the white faceplates we had ordered arrived. The auctions team put them on the Kiosks for the second auction, which is when the problem first presented. When Orta tried to reproduce the problem, the iPads he used weren’t in the housings – they were just on his desk.

It turned out that faceplate had some foam to provide resistance against the housing to prevent them from slipping apart. Take a look and see. 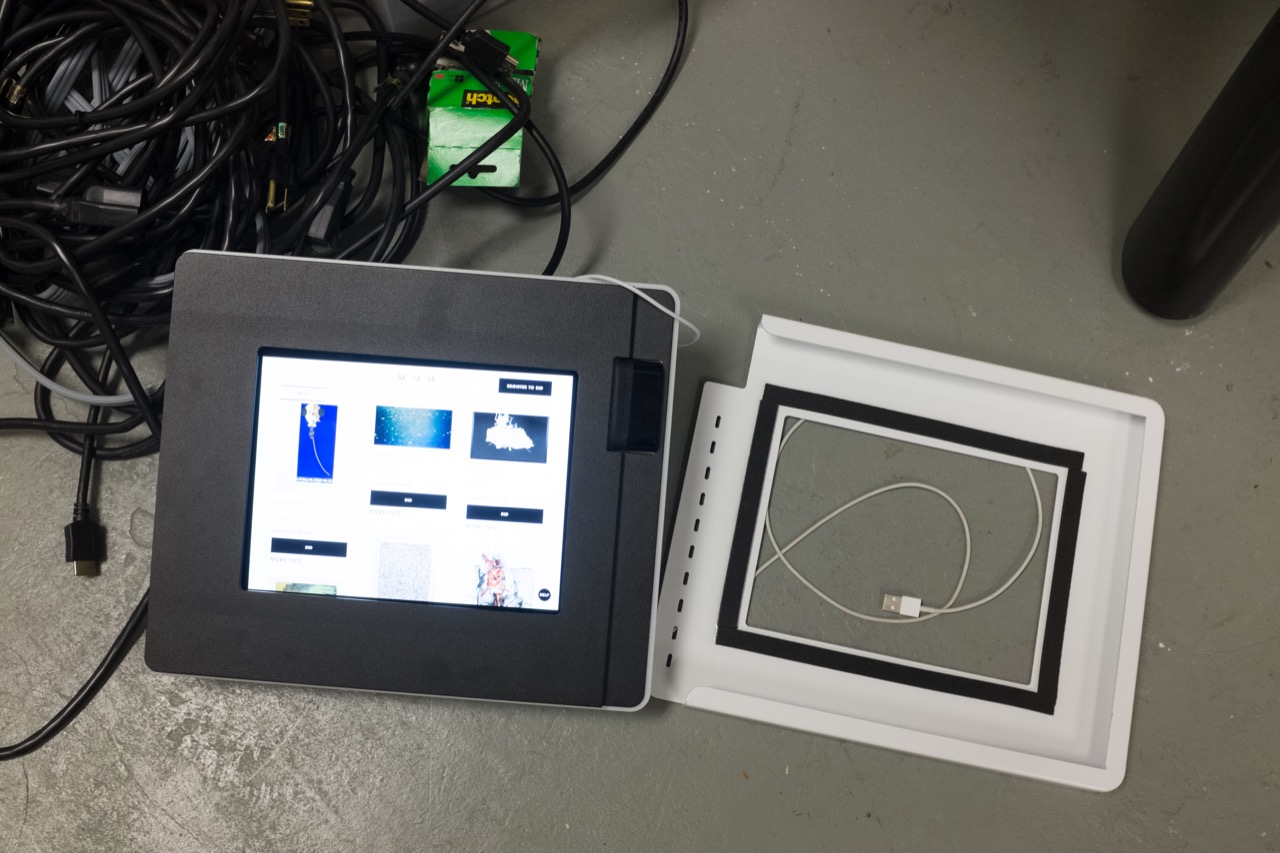 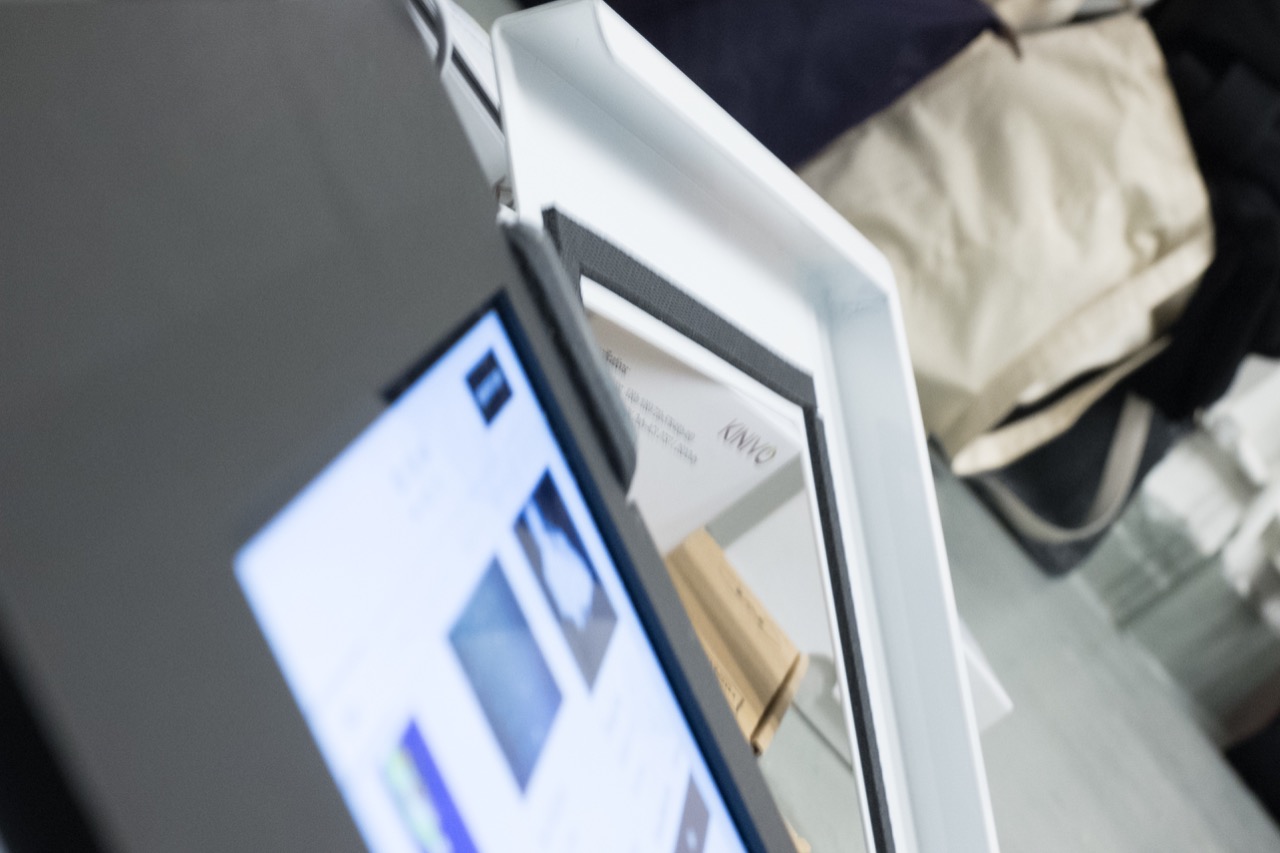 The solution was simple: tear off the rubber padding from the card reader and cut off some foam from the faceplate. 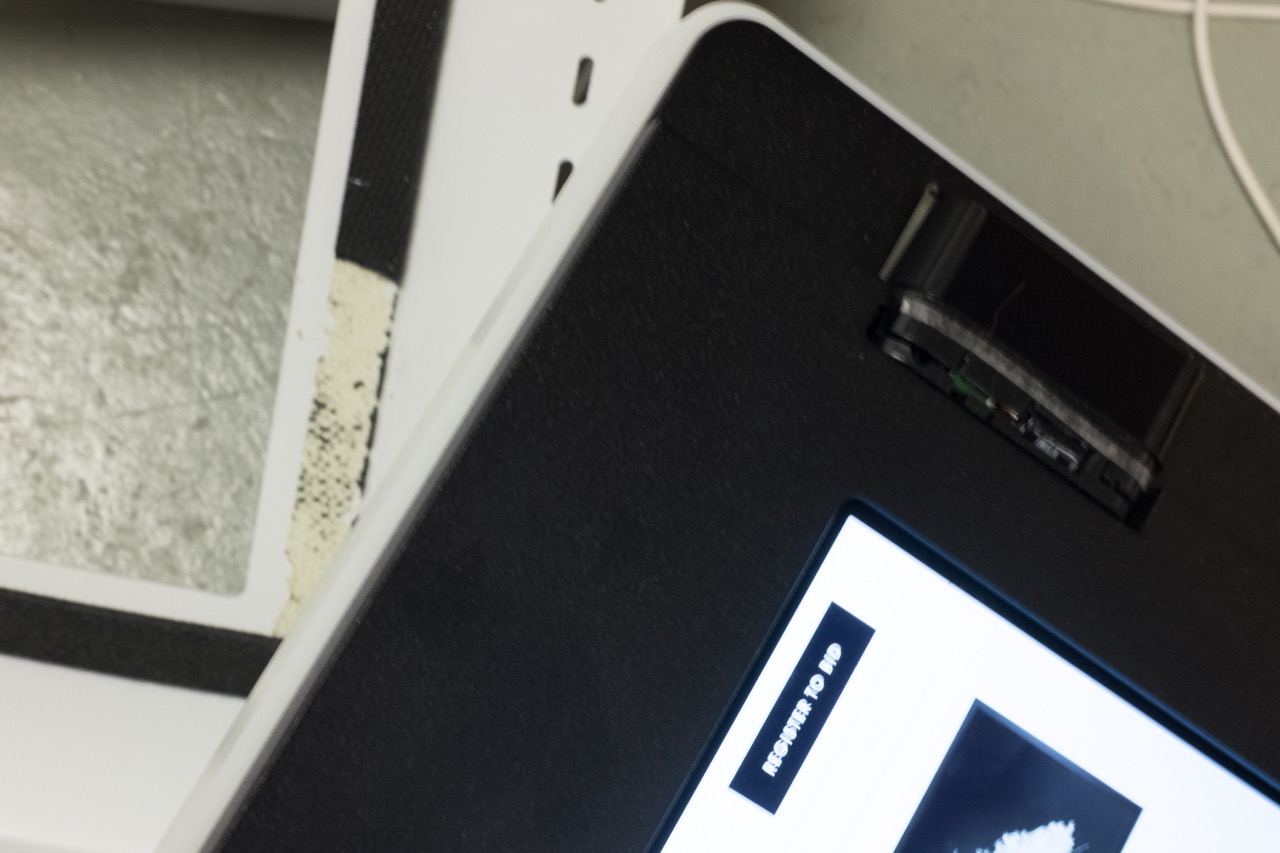 After that, the faceplate would slide on without issue and all of the kiosks worked fine. It took some time to disassemble all of the kiosks, but we got it working in time for the auction. Eidolon’s third performance was a success.

As I said earlier, Eidolon is different from typical iOS applications – our experience writing typical apps left us ill-equipped to debug what turned out to be a hardware problem. We learnt that, when reproducing bugs that only happen in production, it’s crucial to reproduce the physical context that the bug is occurring in as closely as possible. We also learnt that jumping to the conclusion that CardFlight was responsible for our issues was, while a natural gut reaction, deserved closer scrutiny when later trying to reproduce the problem.

Our auctions team was happy that we solved the phantom card-swiping problem and our users were none-the-wiser to the hurried use of Allen keys backstage to disassemble and reassmble kiosks. Eidolon, the software that we had poured so much time into, was almost defeated by a errant piece of foam. But we prevailed.