At Artsy, we try hard to test our iOS applications to ensure that we avoid regressions and have a clearly defined spec of how our apps should look and behave. One of the core pieces of our testing setup is FBSnapshotTestCase, a library written by Facebook to compare views at runtime with images of those views that are known to be correct. If the images differ, the test fails. We also use Travis for continuous integration.

Lately, we’ve been noticing a friction between the developers on the iOS team and the tools we’re using to test our apps: while Travis allows us to easily access the logs of test runs, it can only indicate that a snapshot test failed, not why it failed. That’s because the images that are compared are locked on Travis’ machine – we cannot access those images, so we can’t see the differences. This is really promblematic when the tests pass locally but fail only on Travis.

A few weeks ago, Orta and I were discussing this problem and we came up with a potential solution. Since the images were stored on disk on Travis’ machine, why not just upload them somewhere we can see them? Like an S3 bucket. We could even generate a basic HTML page showing you the different test failures.

Time passed and, later on, I had tests passing locally but failing on Travis. I saw an opportunity to build something new. I’m not a proficient Ruby developer, but I enjoy learning new things, so I decided to create a Ruby gem that could fit within our existing testing pipeline. A lot of the structure for the code came from an existing gem we already use with Travis, xcpretty. With an example of how gems that support iOS testing are written, I was on my way to creating my own.

At first, things were very difficult. While I had contributed small patches to existing Ruby projects before, I had never created a brand new one from scratch. The existing guides were very helpful, and I found help from the CocoaPods developers when I had questions about things like the arcane semantics of Ruby’s require syntax.

Eventually, I had a working proof-of-concept. Everything seemed ready to go, and I prepared to incorporate my new tool, which I called Second Curtain, into my pull request on the Artsy repo. But there was a problem.

Second Curtain relies on environment variables to get access to the S3 bucket where it stores the images. I planned on using Travis’ system to encrypt those credentials. It turns out, for very good reasons, encrypted environment variables are not available on pull requests created on forks of repositories. This is a problem because of the way that Artsy uses GitHub. While it’s not a problem for a closed-source repository to have (restrictive) access to an S3 bucket, it would be irresponsible to expose S3 credentials for an open-source project. I’m working on a solution.

Orta helped with the design aspect of the tool; while uploading the images was sufficient, we could make the process of seeing the differences between the two images even easier. He created a HTML page that would allow developers to see the before-and-after versions by moving their mouse cursor over the different images. 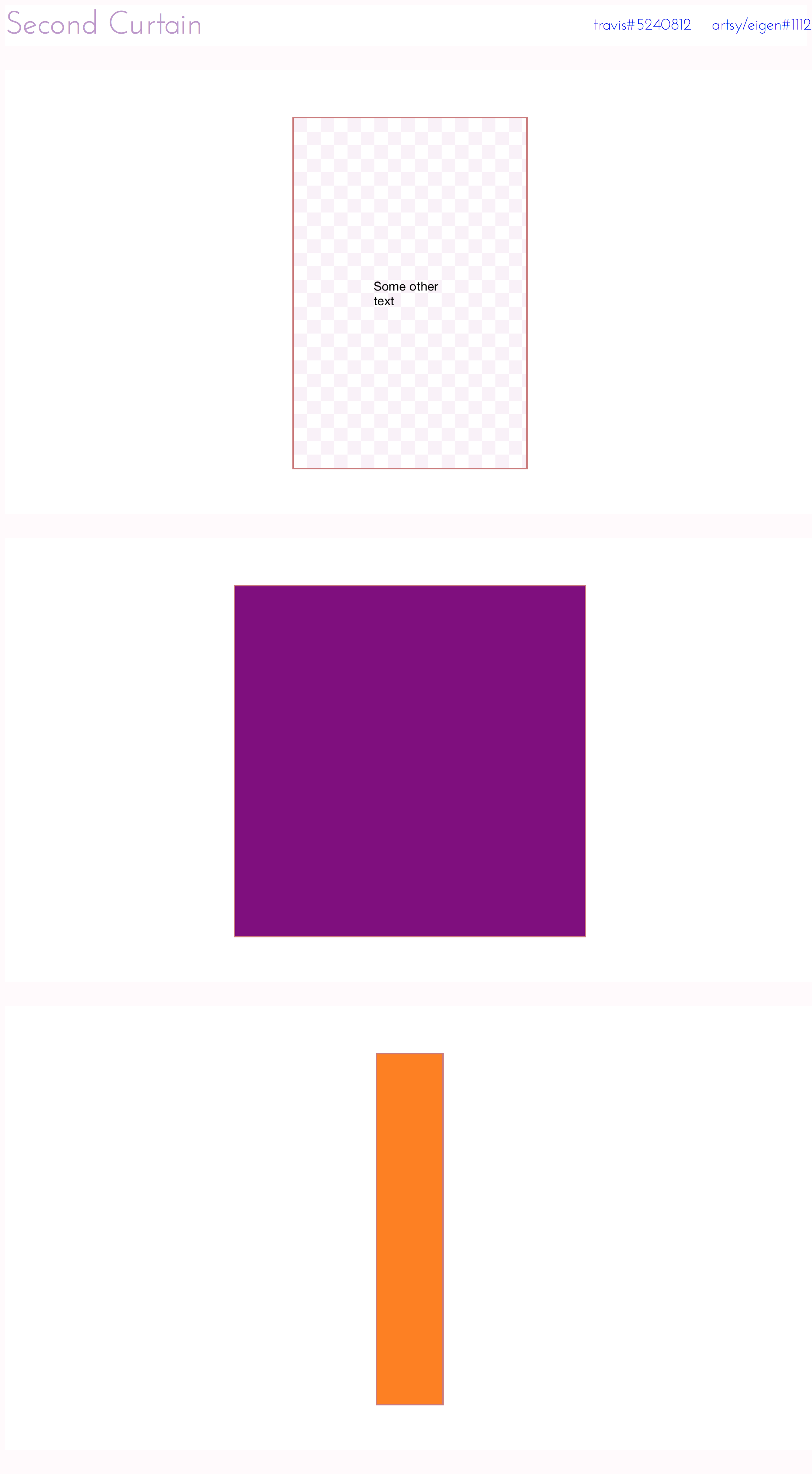 In the end, I got Second Curtain to work with Artsy’s iOS repository and I discovered the discrepency between the two images: due to a timezone difference between my computer and Travis’, a date was being formatted differently. Not a difficult thing to fix, but not something I would have ever been able to discover had I not been able to see the images side-by-side.

So after all that, one line of Objective-C was changed and the tests passed – my pull request was merged. I learnt a lot about how Ruby developers structure their code and what tools they use to write software. While I’m happy to return to iOS apps for a while, it was a great experience and I’m hoping to bring some of the ideas I discovered writing Ruby back to Objective-C.